lariza: Integration of tabbed about to be removed

Pretty much from the start, lariza used tabbed to group multiple browser windows. Here’s a screenshot from 2014: 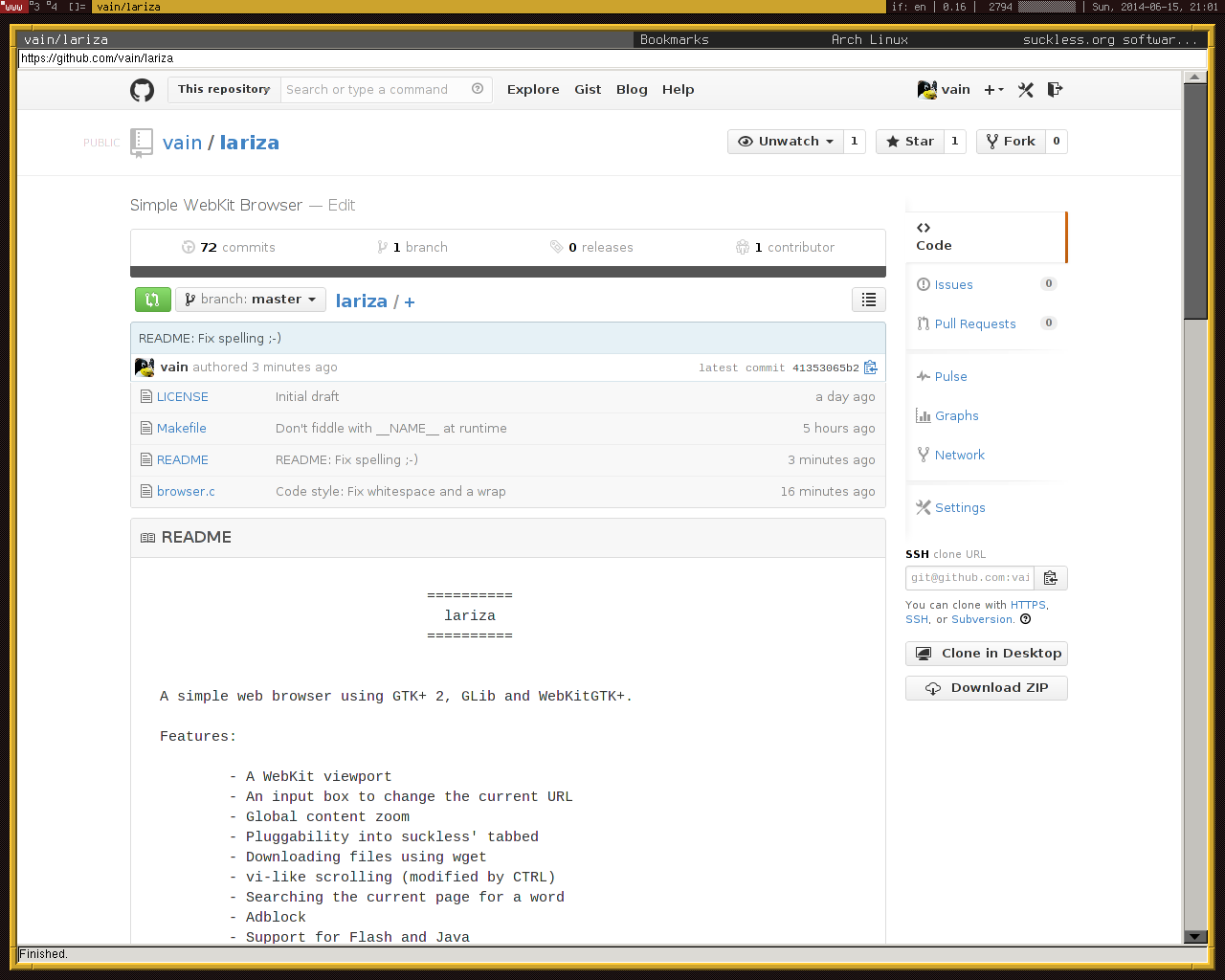 There are several issues with that.

In my local development branch, I thus removed tabbed and replaced it with native GTK tabs. 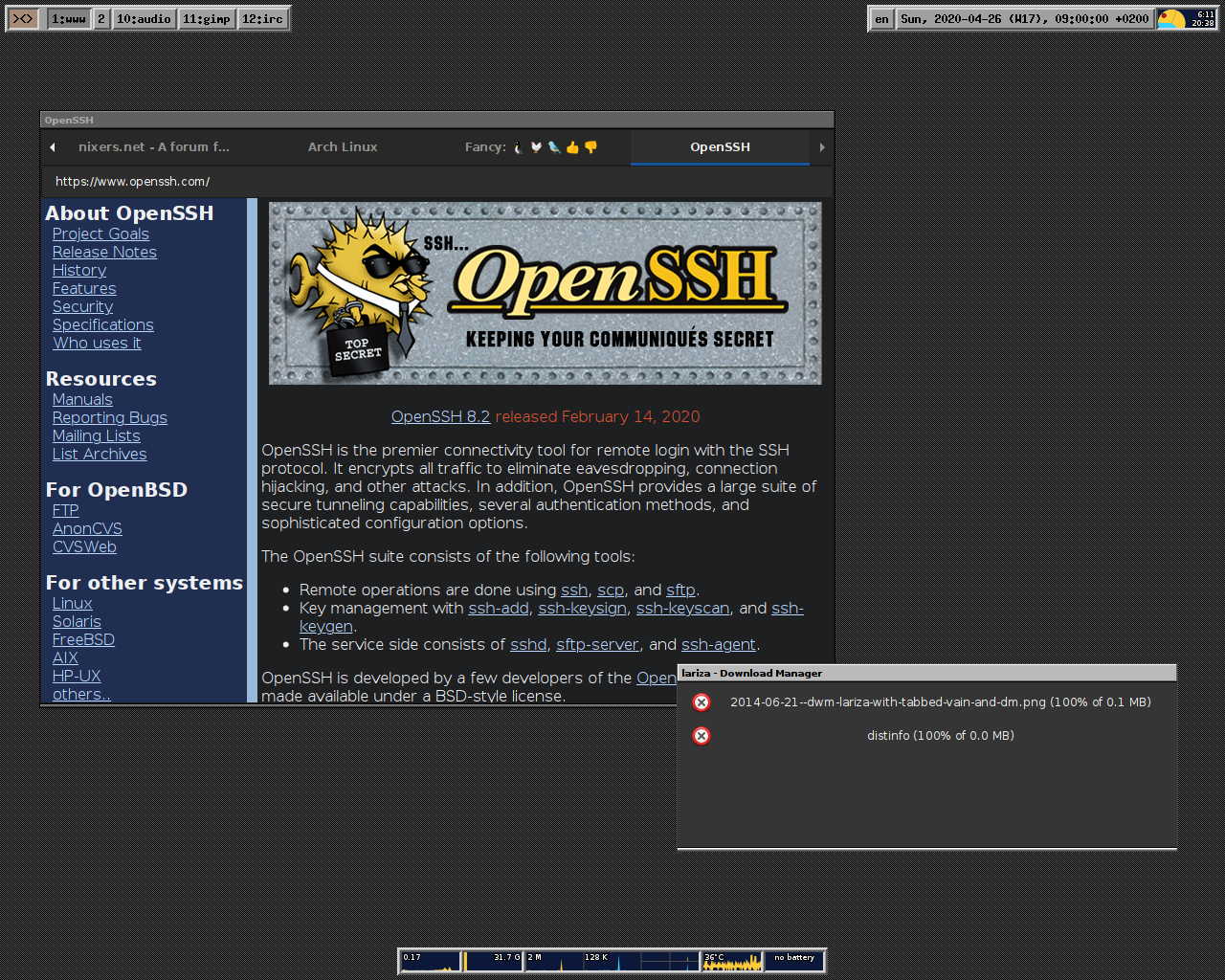 According to Git and including documentation, it’s pretty much the same amount of code:

Display of favicons is not yet implemented.

I’m going to test this for a little while longer before it gets published.